Holy Trinity Monastery (Men, ROCOR) was founded in 1935 (read about its shocking and providential beginnings here), and has since grown to include a seminary, preparing men for the priesthood, and the St Job of Pochaev Press, publishing significant Orthodox titles in both Russian and English.

Easily one of the most significant and influential Orthodox monasteries in North America, Holy Trinity is nestled in the rolling farmland of central New York State, about halfway between Syracuse and Albany. Its very surroundings, where time seems to move more slowly and irenically, invite one to quietude, to contemplation, to simple chores and inner prayer.

My heartfelt thanks to Fr. Abbot Luke for his blessing to photograph the grounds and services, and also to the several monks and seminarians (and candidates!) who kindly pointed me towards holy places of great interest. 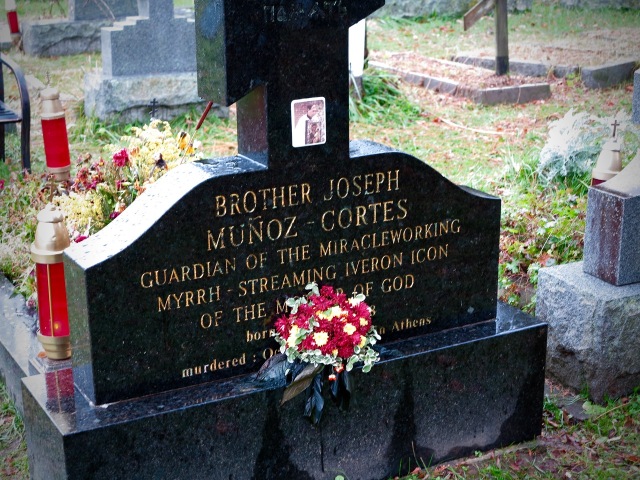