Soon after I began my photographic pilgrimage in August 2016, Fr Abbot Theodore of the Monasteries of Our Lady and St Laurence contacted me to wish me well on the Thebaid Project, and to invite me to visit when I came out West. 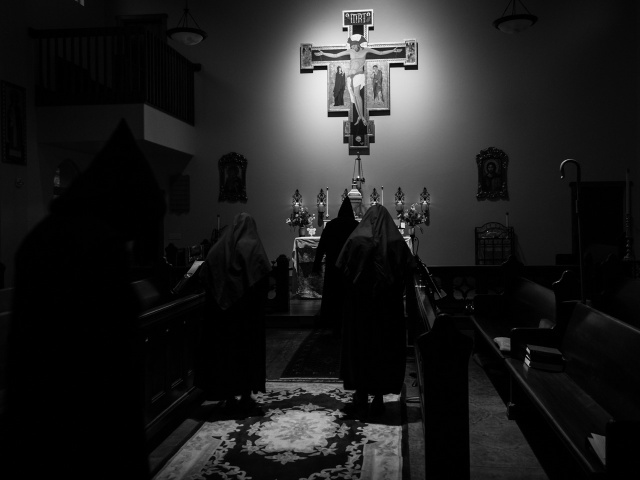 I am glad to say I was able at last to spend a week with the monks and nuns (and several pilgrims!) at Ladyminster (as the monastery is called in the Old English Tradition), and make a number of photographs of their life high in the Colorado Rockies.

Uniquely set in a beautiful canyon, the monastery is “off the grid” as far as power and water requirements. Electricity is provided by an impressive solar array augmented by powerful batteries, and a well provides fresh water. Internet (via satellite) is available upon request (for hopelessly tethered pilgrims like myself!), and a booster makes cell phone access available for some providers.

During my stay the monastery was modestly busy no less than four other pilgrims were there, and a large parish group from a nearby town had scheduled an overnight retreat. Retreats is one of the monastery’s main ministries and sources of income. One of the brothers is an iconographer, and their icon studio info is available via their website (see below for links).

I was very moved by the chanting and services, and appreciated the rigorous (services begin at 5:30am) but not debilitating schedule. Monday is preserved as a “Desert Day” — from Sunday evening to Compline on Monday evening the monastics keep their rule in their cells, do whatever necessary work remains, and can devote their time to additional prayer and reading, hikes and re-creation, recharging their spiritual batteries. (I will be visiting at least a couple more monasteries in my travels which preserve this excellent practice.)

Our Lady and St Laurence is a Western Rite Monastery, under Metropolitan Joseph of the Antiochian Archdiocese of America. Western Rite Orthodoxy is less well known in America, even among Orthodox Christians, but benefits from the same depth of Holy Tradition. Being under the omophorion of Metropolitan Joseph means, of course, that Ladyminster is in full communion with all canonical Orthodox churches. Western Rite Orthodoxy holds to the True Faith, using ancient liturgical forms and expressions as they developed in the first millennium of the Church. The Benedictine Rite and the Rule of St Benedict, used by the Ladyminster monastics, date to about 540AD. 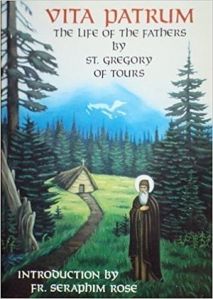 One of the recent encouragers of the Western Rite was St John Maximovitch of San Fancisco and Shanghai. St John’s love for the Western saints of the first millennium (before the Great Schism of 1054AD) is well known, and has been related with great warmth in the biography, Father Seraphim Rose – His Life and Works. Father Seraphim writes in his monastic journal, which is extensively quoted throughout, how St John would, in the early days of the St Herman Brotherhood (the mid 1960s) when they were still located next to the Cathedral in San Francisco, stop into the bookstore with icon prints or the lives of some Western saints, encouraging the brothers to publish them in their journal, The Orthodox Word. In the mid-1970s, St Herman Press published Vita Patrum, The Life of the Fathers, by St Gregory of Tours and translated and with a masterful introduction by Father Seraphim. Long out of print, this important work on monastic saints fetches prices from $125 to $200 on the used market (ebay and Amazon), and nearly $4000 for the remaining rare new copies still available.

Archbishop John had previously been bishop over Western Europe, and had taken the opportunity to learn about her marvelous saints, performing services to them and venerating their relics in the various churches, cathedrals and shrines of Paris and elsewhere. Our Lady and St Laurence Monastery has, in their reliquary and vesting chapel, an icon of St John and below it, a powerful word of encouragement he once gave to a Western Orthodox  struggler, seen in the photo below:

This posting (June 15, 2018) features numerous images, with more to come as I complete my photo editing. 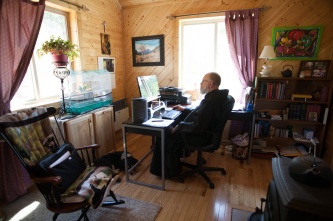 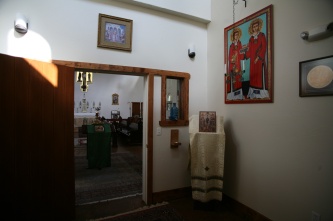 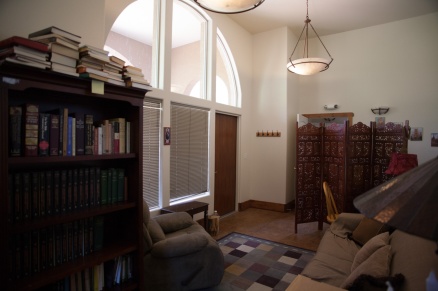 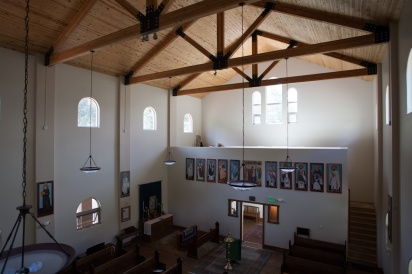 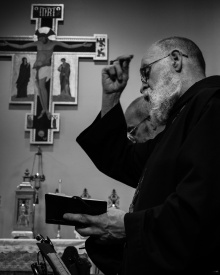