Third and concluding part from the journal, Orthodox America.

The Rule or “Typicon” governing Orthodox monastic life is based upon that of St. Basil the Great (d. 379), which he synthesized from the tradition of the early Desert Fathers. This Rule was later adapted by various great fathers of monasticism throughout the centuries: St. Sabbas the Sanctified in the 5th century, St. John Climacus in the 6th century, St. Theodore the Studite at the end of the 8th century, and others. It likewise provided the foundation for the great Athonite tradition which evolved in the 10th – 14th centuries, and the revival of monasticism in Russia and Moldavia in the late 18th century under the inspiration of St. Paisius Velichkovsky. Today St. Basil’s Rule remains an important part of the spiritual tradition of the Orthodox Church. 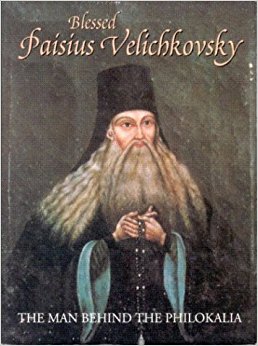 The monastic Rule is too complex to be expounded here in any detail. Basically, its purpose is to safeguard the monk in his daily life, helping him, through obedience, to keep unceasing vigil within his soul and thereby guiding him into a union of heart and spirit through which is acquired, as far as this is possible in this world, union with God.

Effort without discipline leads nowhere. It is only by patient and deliberate striving that the soul can hope to perfect itself and come closer to God. Therefore, the keeping of the monastic Rule is very important, whether it concerns the eremitic or the cenobitic life, and the monastic benefits from it to the degree that he or she is obedient to its precepts. Of necessity, the Rule is more complex for the cenobitic life where it must regulate the services read in common as well as order a community life with all the different characters and diverse backgrounds of the individuals gathered under the same roof.

A monastery or convent is a community of monks or nuns living under a common rule and governed by an abbot (abbess) or superior chosen from among the professed monks. He rules like a loving father over his children, often assisted by a council of monks to whom he delegates certain responsibilities.

Monks work for their livelihood and the common upkeep of the monastery–in the fields and gardens, painting and carving icons, making church vestments, translating or writing and printing books on the spiritual life…

Apart from its life of prayer, which remains at all times its essential focus, a monastery may harbor — as circumstances dictate — the sick, the aged, the orphaned and homeless, or perform any work of Christian charity.

It is customary for a monastery to have a guest house in which the pilgrim can stay for the first three nights free of charge. Paying guests may also be taken. Although Orthodox monks are not cloistered, as monastics are in some Western orders, monks and visitors only mix at certain times and in designated places. The great schema monks lead a more strictly secluded life.

We shall briefly describe here the position of elder (“starets” in Russian) which, although rarely encountered today, is frequently mentioned in Orthodox literature.

Properly understood, eldership is not a position or rank but a gift granted by God to those of exceptional spiritual caliber and therefore not limited necessarily to monks. Eldership cannot be taken upon oneself; an elder is one recognized by others as possessing outstanding spiritual discernment and wisdom, someone to whom both monastics and lay people come for guidance. The elder, or eldress, must not be confused with the hermit, although frequently an elder will have spent time in the eremitic life before blossoming forth with the gift of eldership.

The Monastic’s Service to the World

Monks are often accused of egotism because they concentrate upon the salvation of their own souls. This is putting the accent in the wrong place: the monk seeks the ways of perfection, directing all his strength towards following Christ. The monk’s ideal is entirely to forget himself, to “lose his life,” and to truly worship God and love Him with all his heart and all his soul and all his mind, and his neighbor as himself (Matt. 22:37).

But where does this “angelic life,” as monasticism is called (by virtue of its aspiration to imitate the angels who are always praising and magnifying God), touch the outside world, the earth, the earthy?

In many ways. A monastery is primarily a center of prayer, and prayer is something the world has always needed, never more so than today when people are so busy and find it difficult to give proper time to prayer. The monk prays not only for himself but for everybody, living and dead. Just as a soldier is a specialist in war, the monk is a specialist in prayer. Therefore, as V. Lossky writes:

The spiritual work of a monk living in a community or a hermit withdrawn from the world, retains all its worth for the entire universe even though it remains hidden from the sight of all.

The monastery gate is open wide to all man’s needs, ready with comfort and sustenance-both spiritual and physical–for anyone who may knock at its door, saint or sinner. The monk sees in every man the image of Him Who said: “Inasmuch as ye have done it unto one of the least of these my brethren, ye have done it unto Me” (Matt. 25:40).

The man of the world may look upon the man of the cloister with misgiving, somehow feeling him to be a living reproach to worldliness, an unnatural man, almost inhuman. This is far from true. The monk is simply a man who has laid all aside, completely and for good, to follow Christ wherever He may lead.

(Originally published by the St. Seraphim of Sarov Orthodox Monastic Skete, Swartz Creek, MI 48473. Text from a translation from the Monastery of the Veil, Bussy-en-Othe, France.)

2 thoughts on “An Outline of Orthodox Monasticism – Part 3”